The Segment operator is used to insert a “segment column” in a data stream. The segment column is used to mark the start of a new segment (where a segment is a set of consecutive columns with the same value in one or more predefined columns, called the grouping columns).

The Segment operator expects the input data to be sorted by the grouping columns. This can be achieved by using an explicit Sort operator or by relying on order-imposing and order-preserving properties of other operators.

Depending on the tool being used, a Segment operator is displayed in a graphical execution plan as shown below:

The basic algorithm for the Segment operator is as shown below: 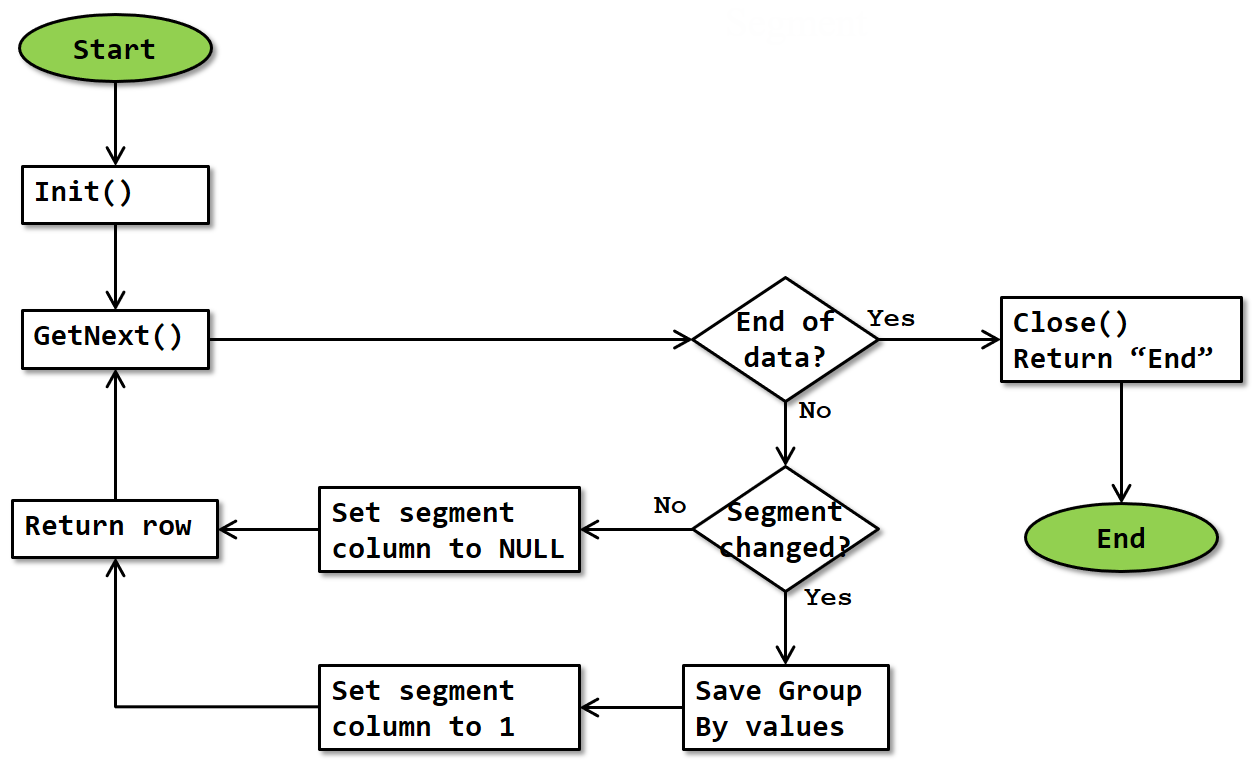 The flowchart shown above is based on two assumptions:

For the first row that the operator processes after being initialized, the in-memory variables are not yet initialized; this is always considered as a segment change.

The properties below are specific to the Segment operator, or have a specific meaning when appearing on it. For all other properties, see Common properties.

This table below lists the behavior of the implicit properties for the Segment operator.