Service pack 2 for SQL Server 2005 is already 11 months old. And there is still no sign of service pack 3 on the horizon. Why is that? Has Microsoft managed to release a perfect, completely bug-free product? No, of course not – with the size and complexity of a product such as SQL Server is, that will simply never happen.

There have, in fact, enormous numbers of bugs been uncovered and fixed since SP2 was released. And roughly once every two months, a so-called “cumulative update package” gets released. The last one is officially called “Cumulative update package 5 for SQL Server 2005 Service Pack 2”, or simply CU5 for friends. Quite a mouthful. But if you think that name is long, check out the list of bugs that CU5 fixes!

I think that it’s great that Microsoft now releases these cumulative update packages at regular intervals. I see them as a good addition that nicely fits in between hot-fixes for quick fixes with limited testing, only for those needing it, on one side, and fully tested service packs that are released once or at most twice per year on the other side.

Given the long list of bugs fixed in CU5, should everyone be recommended to install it, just as if it were a service pack? Well, no. Microsoft themselves advise against this. In fact, you can’t even just download and install the package; you have to “submit a request to Microsoft Online Customer Services to obtain the cumulative update package”. This quote comes directly from the Knowledge Base article for CU5, as come these further disclaimers:

“it is intended to correct only the problems that are described in this article. Apply it only to systems that are experiencing these specific problems”

“if you are not severely affected by any of these problems, we recommend that you wait for the next SQL Server 2005 service pack that contains the hotfixes in this cumulative update package”

These quotes, which have been in the same or a similar form in all cumulative updates, make it pretty clear that I should wait for the next service pack. So we waited. And waited. And waited some more. And then, some MVP’s got impatient and suggested (in the MVP newsgroup) to release SP3 as soon as possible. The answer surprised me – apparently, Microsoft has no plans yet to release a new service pack, because not enough customers have asked for it. (MS: “Good, but honestly, at least our management says, we’re not getting feedback requesting SP3 from enough customers to require it” – Me: “Is that reason under NDA? Because if it’s not, I can post a blog entry supporting people to write MS management asking for SP3” – MS: “As far as I know that’s a public response”). So, the KB article says to wait, all customers do as asked and then Microsoft concludes that nobody wants a service pack because nobody asks for it? And I misunderstood when I thought that “any hotfix that is provided in a SQL Server service pack is included in the next SQL Server service pack” implies that there will actually be a next service pack. Apparently, my graps of the English language is not as good as I’d like to believe…

Anyway, I now understand that Microsoft will only release a new service pack if enough people ask for it. So I’ve decided to make sure that they get the message. I’ve gone to Connect and filed a suggestion to release Service Pack for SQL Server 2005, including all changes up to and including CU5.

With sugar on top… 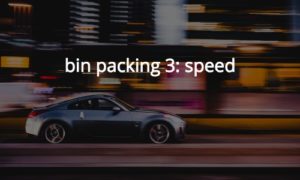 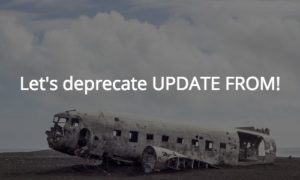