In an earlier post, I talked about the Jargon Principle, one of three principles I learned in 1994 and that have not only helped make me a better modeler, but that I have found to be very valuable in many other situations as well. Today, I will cover the second of those principles.

Again, not in the exact wording I learned it but paraphrased, here is “The Concreteness Principle”:

Note that the last part of the Concreteness Principle is basically a repetition of the Jargon Principle. One could argue that this part of my wording is redundant, but in this case I really don’t mind driving the point home a bit.

I have tried to create a completely new and original example to illustrate this, but I was unable to find anything better than the one I already used in one of my chapters in the first SQL Server MVP Deep Dives book, so I’ll just reuse that here.

As a reader of my blog on SQLBlog.com, I’ll assume that you are fairly familiar with SQL Server, and that you could play the role of domain expert if some data modeler wants to model SQL Server but doesn’t know it himself. So let me assume that role of the data modeler. I’ll forget (temporarily) everything I know about SQL Server, and ask you this fairly simple question: “Can a table with a composite primary key be referenced by a foreign key constraint from several tables?”

Before reading on, please take a minute to ponder the question. Try to interpret what I’m asking and then decide what your answer would be.

Give me a concrete example, then!

The question I asked you is an abstract question. It talks about tables, primary keys, and foreign keys in general, on an abstract level. Replacing it with a concrete example is fairly simple – just substitute all these abstract terms with concrete examples. Instead of “a table” and “several tables”, I use tables TableA, TableB, and TableC; instead of “a composite primary key”, I use “Key PK_TableA on columns Foo and Bar in TableA”, etc.

Again, please take the time to read the question carefully and consider your answer. Was it still the same? Or did you actually misinterpret my original question?

If you did misinterpret the question, now is a good time to go back and reread the original question. I did phrase it exactly as intended. I did not ask “… referenced by foreign keys from …” (plural), but “… referenced by a foreign key from …” (singular). And yet, I am sure that a majority of readers will interpret the question as if I meant it in plural: multiple keys from multiple tables. Why? Simple. You are in this business; you work with tables and foreign keys; you are bound to interpret abstract questions in a way that fits your image of the world.

In my wording of the Concreteness Principle, I also explicitly say that the concrete example should be in a familiar notation – familiar to the domain expert, that is. Even though I already rephrased the original abstract question using a concrete example, and even though I did not violate the jargon principle (both the abstract question and the one using a concrete example use the jargon of SQL Server developers, which should be familiar to any SQL Server domain expert), I am still not happy with the way I asked it.

Why? Fair question. After all, most (if not all) readers will have understood the second version of my question the way I intended it. But I also assume that many readers will not have known the answer immediately. Most will probably first have drawn a mental image of the model I was describing. Some might even have taken out a scratchpad and pencil and drawn a real image. That’s a waste of time. And it introduces a new risk of misunderstanding. With the mental image, there is a risk of the domain expert misplacing one of the columns, and since the image exists in her head only, the modeler would not even see it. With the actual scratchpad, that risk is somewhat reduced if the modeler takes the time to inspect if the model on the scratchpad matches his intention. Provided the modeler understands this image, the jargon that the image is based upon, sufficiently to grasp the picture.

But if the modeler is indeed able to read this concrete example in the domain expert’s familiar notation, would he not be also able to draw it himself? Try to recall how long you took before you understood my second question sufficiently to answer the question. Now look at the picture below and watch how long it takes you to see what (if anything) is wrong with it:

I’m pretty sure that most readers will instantly see that this is not allowed. It is, again, the same question I already asked twice before. But now, you (still my domain expert) are able to see immediately what’s wrong with it, even if I don’t draw your attention to the part of the example I need you to focus on (which, in a real situation, I would do).

I hope the above example is sufficient to convince you that concrete examples are a much better way to phrase a question than abstract language. This does not end at asking questions, though; it’s the same for explaining something. Who has ever helped a kid with his or her first division exercises? I’m willing to bet that almost everyone introduced food at some point in the explanation – be it a pizza that has to be shared by three persons, a bag with 10 cookies for 5 children, or whatever. Why? Simple – because those concrete examples are much easier to understand than vague abstract explanations about division. And if you need to explain the remainder as well, you simple add another cookie to the bag (or, if you’re cheap, another kid).

And look at this blog post. I include an example about table design, and then another example about elementary school homework assistance. This whole blog post is one giant example of how to use concrete examples, rather than long series of abstract words, if you want to be understood.

(And for a counter example, analyze what politicians say during interviews. Many of them like to give long series of vague abstract quotes when they have to explain unpopular decisions. That’s because they hope that most voters won’t understand what they are actually saying. They do tend to use concrete examples when claiming a success, though!)

As much as I believe in my principles, I also believe in not imposing them on others. Okay, you might argue that I am now trying to convince you of their value, and that’s true. But when talking to a domain expert, I would never force him or her to use my principles. But I am still very aware that abstractions can be easily misinterpreted. That poses a dilemma, because how can I thwart this risk if the domain expert chooses to use abstractions when talking to me?

The answer is surprisingly simple. I try to parse what the domain expert tells me, then verify my interpretation by presenting him or her with a concrete example (in familiar notation, of course) that illustrates my interpretation of his or her words.

The above might sound a bit vague (it’s an abstract formulation, after all), so I’ll give an example. Let’s say I am interviewing a domain expert from an insurance company. At one point, he might tell me “customers who smoke or have an occupation with hazard level F or higher and who are over 40 years of age cannot buy a life insurance unless they agree to pay a 20% surcharge on their premiums”. There is some room for misunderstanding in that statement. Mixing “or” and “and” together is one of them (does the 40 year age limit apply to dangerous professions only, or to smokers as well?). The or might be inclusive or exclusive (though the latter is quite improbable in this context). The “over 40 years” technically implies that this does not apply to people at the age of exactly 40, but many people will use these words when they mean “40 or over”. And does the age refer to the age when buying the insurance, or also to the yearly renewal? In other words, will a 38-year old smoker be confronted with a 20% premium range when he turns 41 (or 40), or does this only apply to people who are already that old when buying the policy?

At this point, I would whip out a set of blank policy forms, fill them with imaginary customers, making sure to touch all the relevant combinations of smokers vs non-smokers, dangerous vs safe occupations, and various ages. I would then present these to the domain expert and ask him or her to verify if my interpretation of the above statement is correct or not.

I have learned that applying the Concreteness Principle is a great way to prevent miscommunication. Not only in the data modeling job, but also in many other situations – yes, even in discussions with my teenage daughter (okay, there it helps a bit; it’s not the silver bullet that all parents are so desperately looking for). Almost everyone applies this principle, unconsciously, in many cases. Being aware of this principle has helped me to increase the number of times I use concrete examples instead of (or sometimes in addition to) vague abstractions.

Presenting the concrete examples in familiar notation can sometimes be a bit challenging. How do you even know what notation is familiar for the domain expert? And if that notation is not familiar to you, then how could you ever present your question in that notation? Those questions are all very justified, but answering them is beyond the scope of this blog post.

If this blog post has helped you to become more aware of the way you talk with people, the way you ask questions, or the way you make an argument; if you now try to avoid abstractions and use concrete examples instead, I have achieved what I aim for. Even if you are not (or not always) able to present those examples in a notation that’s familiar to the person you are talking to. 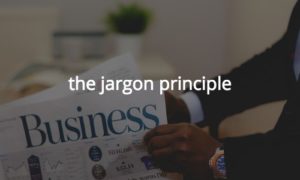 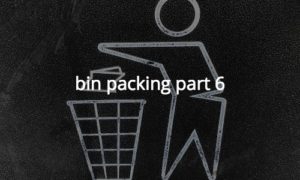