Upcoming presentations. And an offer.

Upcoming presentations. And an offer.

6 years ago
Hugo Kornelis
No Comments

It’s not my habit to announce my future presentations on this blog. But I sometimes make exceptions to this rule, and today is a good day for such an exception. Especially since I have been allowed to offer some money off for one of my upcoming presentations.

I’ll fly to Copenhagen tomorrow, for SQL Saturday Demark, where I will present two sessions: a 60-minute talk (“T-SQL User-Defined Functions, or: Bad Performance Made Easy”) about how T-SQL user-defined functions can wreck your performance, and a 10-minute lightning talk (“Managing Execution Plans”) about the similarities between execution plans and my coworkers.

Three weeks later, on October 8, I will be in Germany for SQL Saturday Munich, where I will once more present the “T-SQL User-Defined Functions, or: Bad Performance Made Easy” session – so if you cannot make it to Denmark in time, feel free to sign up for Munich!

Late October, you can find me in Seattle at the 2016 PASS Summit. If you’ve never heard of this conference, then you are really missing out on something. It’s three days (or five if you include pre-cons) packed full with literally hundreds of sessions, delivered by high end speakers and Microsoft staff, access to Microsoft support staff, and a chance to network with thousands of your peers. Plus, it’s also a lot of fun. And I am very happy to say that I have been selected to present two sessions this year. On October 27, I will deliver the lightning talk “Managing Execution Plans”, in a lightning talk session that also features Rob Volk, Russ Thomas, and Wayne Sheffield. And on October 28, I will present a 75-minute deep-dive session “Now Where Did THAT Estimate Come From?” on how SQL Server uses statistics and assumptions to estimate how many rows will be returned by a query, or in intermediate steps in the execution plan.

And your last opportunity to see me this year will be in Orlando, December 5-9. I will be speaking at Live! 360, a single event that encapsulates six co-located conferences: AppDev Trends, Modern Apps Live!, Office & Sharepoint Live!, SQL Server Live!, TechMentor, and Visual Studio Live!. A single ticket gives access to all these conferences. I will of course speak in the SQL Server track. On the afternoon of December 8, I have been scheduled to present two back to back sessions (perhaps to ensure that you’ll really want to leave at the end of the day??). In “Powerful T-SQL Improvements that Reduce Query Complexity”, I will explain how the introduction and later improvements to the OVER clause has simplified code that used to be horrendous, and in “T-SQL User-Defined Functions, or: Bad Performance Made Easy”, I will once more explore the do’s and don’ts of T-SQL user-defined functions, this time with a bit extra depth because I have 75 minutes available.

I of course hope to see all of you at all those conferences. But I understand that not everybody has the budget to afford them all. The two SQL Saturday are easy, since they are free, but both the PASS Summit and Live! 360 are paid conferences. I absolutely believe that it’s money well spent because you get an absurd amount of training for your money at those conferences – but it still has to come out of your pocket, or out of a training budget, and those tend to be finite.

In the case of Live! 360, I might be able to help out. A bit. The retail price of the full five-day conference currently sells at $1,995 (Super Early Bird), and will go up to $2,095 (Early Bird) after October 5, and then to $2,395 (Standard Pricing) after November 2. However, I have been allowed to offer readers of my blog a discounted price of $1,895, and that offer remains valid until just before the conference (or until the conference sells out, whichever comes first). The only thing you need to do if you want to make use of this offer is to enter the Priority Code LSPK43 when registering. Or you can simply use this link, which pre-populates the code for you so you cannot even forget it!

(Unfortunately, the discount cannot be applied to existing registrations or combined with other discounts. It is valid for the 5-Day Package only)

With four conferences coming up in the next few months, I hope that a lot of my readers will find an opportunity to attend at least one of those. If you do, then please feel free to find me in between sessions, introduce yourself, and have a friendly chat. 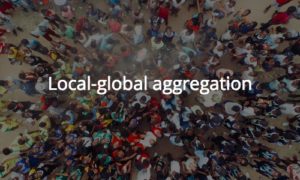 The DIY guide for local-global aggregation 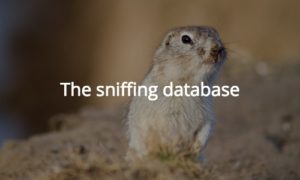