Sticking to my simplistic example of finding the triple of an integer value by reading it from a pre-populated lookup table and following the standard recommendations and templates that Microsoft publishes for CLR scalar table-valued functions, my first attempt for this function looked like this:

Below is the code I used to test the performance of this version in comparison to the T-SQL scalar user-defined function and the version without UDF I used earlier (in part 2 – where I also explain why the query without UDF is more complex than needed). Note that I added a WHERE clause that limits the test to just 10% of the table (one million rows instead of all ten million) to limit the testing time.

If you run this and check the CPU and elapsed time, you’ll find a huge (and very nasty) surprise. I expected the CLR version to be about as bad as the T-SQL user-defined function with data access, but I was wrong – it is more than ten times slower! For processing just these one million rows (with the data already in cache), the version without UDF took about 0.2 seconds elapsed, 0.8 seconds CPU (the CPU time being higher than the elapsed time is because parallelism); the version with T-SQL UDF took about 26 seconds (elapsed and CPU – no parallelism in this execution plan) – and the CLR version took over 350 seconds! This is also the reason why I added the WHERE clause; without it, the CLR version would probably have taken more than half an hour to finish.

When I discussed these results with some people I consider more knowledgeable on CLR than myself, someone told me that by using a loopback connection instead of the context connection, it is possible to forgo the DataAccessKind.Read switch, which impedes parallelism.

Well – if I could give a price for the worst advice ever (okay, it later turned out to be the most misunderstood advice ever – more about that later), this would definitely qualify. I created and tested this UDF:

You may note that the DataAccessKind.Read switch is still present. That’s because, when testing this with DataAccessKind.None, I got a run-time error. After restoring the DataAccessKind.Read switch, I at least got this code to run – but not very fast! When testing this UDF, I had to reduce the amount of rows to process even further – processing just 1% of the table (a hundred thousand rows) took 168 seconds elapsed (though “only” 54 seconds CPU), so the one million row test I used earlier would have taken almost half an hour, and if I had used the full testset, the test would have run for almost 5 hours! That makes this test with the loopback connection almost five times slower than the one with the context connection – which was already about ten times slower than the T-SQL UDF (which, in turn, was well over a hundred times slower than the version without UDF).

It later turned out that I had misunderstood the advice. For the record, this advice was given by Adam Machanic, who is a true crack at everything CLR. It was not his advice that was bad; it was my ability to understand what he meant. He later clarified that his suggestion was to move the data access to a separate thread. He even pointed me to the library he created for this – see this link.

I have to be honest. I looked at the code. And looked at it again. Then I looked at the sample code. And again. And yet another time. And then I admitted defeat. My understanding of CLR is simply too limited to enable me to adapt me “triples” example to use this technique, so I will not be able to include it in performance comparisons. If anyone is willing to give it a try, then by all means do – and please let me know the results!

Cache as cache can

Another tip, also from Adam (and this time not misunderstood by me!), is to avoid multiple lookups of the same value by implementing a cache in the CLR code. This is very easy to do for anyone with a fair bit of CLR skills – and I think that I have proven that you can even replace those CLR skills with a judicious amount of Google (or Bing). Here is how my code (after several failed attempts) eventually looked:

// This is the initial size of the cache; it will grow when needed.

// Dictionary to contain the cache.

// Try to read the triple from the cache.

// Triple not yet in cache; read from table and add to cache

// This class reads the triple value from the table

With the test data used so far, this method really performs very well. The test with one million rows finished in 3.5 seconds (again, both elapsed and CPU – we still do not get a parallel plan for this query). That is a lot faster than all other UDF versions tested so far – though still not even near the performance we can get by not using a UDF at all.

To be fair, the test data is *very* nice for this specific method. The lookup table used holds two hundred thousand rows, but the sample data is skewed to use only ten distinct values. So this last CLR version reads those ten values into its cache and then keeps serving them from cache over and over again. While using only a minimal amount of memory for its cache, it reduces the amount of actual I/O to only ten queries. In short, my test case was the ideal use case for the caching technique.

I wanted to know how the cached version holds up when the circumstances are less ideal, so I also executed this query:

By using “KeyVal % 90000” instead of “DataVal”, I now ensure that 90,000 different rows from the lookup table are accessed, each 11 or 12 times. This means that, even with the cache, a lot of database queries are still needed – though still than without the cache. The results were devastating! The above query ran for almost seven MINUTES (415 seconds, to be exact, using 405 seconds CPU time). At this point, I started to think that maybe the cache didn’t work properly with this amount of entries. The WeakReference class I used is supposed to allow allocations to be freed in order to free up some memory; maybe that was happening so aggressively that there cached data was evicted every time before it could be reused? To test this, I ran the same query another time; now the elapsed time was down to “only” 326 seconds, almost 100 seconds less. So it looks like the cache is still working, saving the need to fetch the same data multiple times – but the overhead for creating and using the cache costs more than the saved database calls; the simple CLR UDF that just calls the database every time is lots faster!

(To be fair, all methods see some performance loss when tested with the equivalent of the above query, just not as much. The T-SQL UDF takes 27 seconds, the CLR UDF takes 364 seconds, and the version with inlined logic instead of a UDF now takes almost 0.5 seconds – slower, but still comfortably running rings around all the competitors!)

Now obviously, the two tests I used are both extreme cases. In many cases where you might consider implementing a CLR UDF with data access, the amount of distinct rows read will be somewhere between ten and ninety thousand – so you really should run your own tests, on your own system and with your own typical data distribution.

There are also a few other caveats you should consider before deciding to implement this caching technique for your scalar CLR user-defined functions:

·         The cache persists across query executions. So if I execute the same query again, I will get an even better performance, because all the data is still available in the CLR cache. If you run a profiler trace while executing this query a second time, you will see no data being read at all. For performance, this can be a good thing – but beware! It also means that you will have to find a way to deal with stale data. For triples, this is not really an issue. But there are also many lookup tables where the data may change. Like, for instance, a table with exchange ratios for foreign currencies. How would your bank do if, even after entering the new exchange ratios for the failing European currencies, lookup queries still return the old values?

·         The assembly that implements the cache has to be loaded with PERMISSION_SET = UNSAFE. Your DBA might not like that. And for good reasons. If you consider implementing techniques such as this cache, or Adam’s parallelizer, be aware that these techniques trade safety for speed. You may crash your AppDomain, which may cause the loss of all data in the cache or even kill executing queries. You may have to implement code to detect and repair this – if performance is really important, and you really have to use a UDF with data access, you could consider accepting the risks and downsides. But I won’t. Even after discussing this with Adam, I still don’t feel that I really understand the risks – and if I don’t understand the risks, then there is no way I will allow the code to run on my machine (except in test environments).

Out of the box, CLR user-defined functions will not perform well when data access is involved. They can be up to ten times slower than their T-SQL counterparts, and those were already pretty bad.

One way to speed up a CLR user-defined function with data access is to implement a cache, to prevent unnecessary roundtrips to the server. This does require you to think very carefully about the risk of serving stale data, and you may also find it very hard to convince your DBA to allow you to load an unsafe assembly – but when implemented successfully, it can result in a tremendous boost in performance, especially if the typical use of the function involves repeatedly reading a small set of data. But beware – when the number of distinct rows that are used (and will hence be read in cache) increases, and the number of cache hits decreases, caching can easily become a bane rather than a boon, because of the overhead involved. 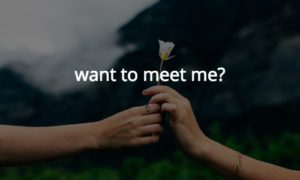 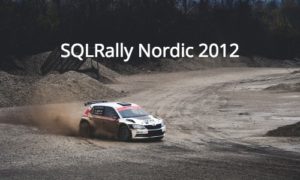