10 years ago
Hugo Kornelis
No Comments

I have a very busy time ahead of me, with lots of travel, lots of speaking engagements, and hence lots of opportunity to meet and catch up with what has become known as the SQL Family. (An excellent term, by the way – it describes exactly how it has always felt to me!)

· September 8, SQL Saturday #162, Cambridge, England. I will be presenting on Columnstore Indexes. I have given that presentation before, a.o. at SQL Bits, in a 75-minute time slot – and I had enough material to fill two of those slots. In Cambridge, I have only 50 minutes for my presentation, so that will be a challenge!

· September 15, SQL Saturday #170, Munich, Germany. Here I will deliver a presentation on the MERGE statement. Also a session that I have presented before (in Portugal and in the Netherlands), but I plan to invest some time to improve and perfect the session.

· November 3, SQL Saturday #172, Portland, OR, United States of America. The schedule has not yet been announced, so I have no idea if one of my sessions will be chosen. But even if I am not presenting, I will be there, meeting old and new friends, attending other people’s sessions, and making a nuisance out of myself by asking just the right question at just the wrong time. Or, if one of my sessions is picked, I will be presenting myself, and you all can make a nuisance out of yourself by asking the wrong question at just the right time.

· November 5-9, PASS Summit 2012, Seattle, WA, United States of America. The biggest of the bunch. After a few years where I was either absent or a regular attendee, PASS has decided to try their luck with me as a speaker again this year. They, too, have chosen to let me speak about the MERGE statement. Obviously, I will improve my slides and demo code even further after delivering this session in Munich, so I hope to really rock the stage!

· November 10, SQL Saturday #166, Olympia, WA, United States of America. Since I am in the neighborhood anyway, I decided to stick around one more day and go to this fine SQL Saturday event. I submitted the same sessions I also submitted for the Portland event, and they have given me the same feedback (i.e., none yet). In other words, I don’t know yet if I’ll be speaking or what I’ll be speaking about, but I will be there, even if I am not elected as a speaker.

For those of you who desperately want to see me in real life (honestly? why??) but are not able to make it to any of the above events, there is still hope! Because, as long as it already is, the list above is still incomplete. There are two more events that will take place in 2012 and where I might be speaking. Yes, “might be” – in one case, it is almost certain, but I’ll still keep quiet until the schedule is officially announced. In the other case, I first have to work out some issues in the schedule of myself and my family before I can commit myself to going there – and once that is worked out, I will still keep quiet about that one too until the speakers for the event are officially announced.

So with at least six and possibly eight (or more? my mail is open to anyone who is organizing events!) speaking engagements for the rest of the year, there is every chance for you to run into me. Are you going to one or more of the listed events? In that case, I hope you’ll come to my sessions. But whether you do, or pick a competing session, I hope even more that you will take the time to step up to me, introduce yourself, and chat.

I am looking forward to meeting you all! 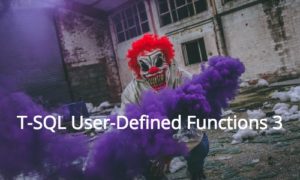