Did you already cast your votes for the SQLPass NomCom election? If not, you really should! Your vote can make a difference, so don’t let it go to waste.

The NomCom is the group of people that prepares the elections for the SQLPass Board of Directors. With the current election procedures, their opinion carries a lot of weight. They can reject applications, and the order in which they present candidates can be considered a voting advice. So use care when casting your votes – you are giving a lot of influence to the people you choose.

Because there are three seats open for elections, every PASS member with a completed profile on the PASS site gets a maximum of three votes. I used only two, and I have a good reason for that. I believe that there is something fundamentally broken in the NomCom selection and election process.

The process for the NomCom election appears to be a step back in this regard. Three seats are to be elected. Two are truly open, the third is reserved … for a US/Canada representative. I do not understand this. Does PASS really need a guaranteed US/Canada seat on the NomCom to get a truly international representation? Wouldn’t it have made much more sense to reserve at least one seat for “non-US/Canada”?

It is also relevant to consider that the actual NomCom consists of five persons. Three are elected by the members, one is the Immediate Past President of PASS, Bill Graziano, and I could not find anything about the fifth seat but my assumption is that this seat is reserved for founding partner and primary sponsor Microsoft. So that means that two seats are already filled with representatives from the US, and the reserved US/Canada seat in the elections means that North America is guaranteed a 3 out of 5 majority in the NomCom. And depending on the votes, US/Canada may also get the last two seats.

With only two candidates for the NomCom who are not from the US or Canada, you might consider all of this a moot point. From a practical point of view, the reserved seat for US/Canada will never make a difference (though a reserved seat for non-US/Canada might). But purely out of principle, I want to voice my opinion that this process is broken. (And then we can also speculate on whether there would have been more international candidates if there would have been no reserved seats – if I know that the rules of the election favor my opponents and reduce my chances, I would think twice before even applying).

I am convinced that all NomCom candidates will try to put the best candidates forward, and that none of them will favor candidates from their own region. But if PASS wants to become a truly international organization, it needs to have international representatives in all bodies, including the NomCom. Ideally, that is achieved by having completely open elections for all bodies – no seats should be reserved for regions. But I understand that the current membership and the past record of election participation from members from different regions would cause such a setup to end up with all North American representatives, so I do see the need for reserving seats for under-represented areas – as a temporary measure.

What I do not understand is the reason for reserving a seat for a region that is already way over-represented. And that’s why I decided to go on a strike against candidates from the US or from Canada, voting only for candidates from the rest of the world. Nothing personal, not for any reasons related to the actual candidates – just making a point, and maximizing the chance of both open seats going to non-North-American candidates. There were only two such candidates – and that is why I used only two of my three votes.

There are now less than two days left before voting closes. If you have not already, I urge you to go out and vote now. Use your votes. Use them wisely. 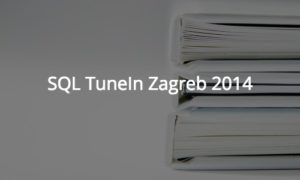 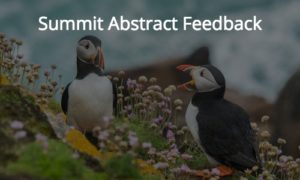