Removing multiple patterns from a string

Recently one of my clients had a request that was a challenge to do effectively. I don’t think it’s a very common requirement but I still decided to blog about it. Who knows, maybe one of you will actually benefit.

The actual use case and the list of patterns that I had to remove are considered a confidential competitive advantage by my client, so I will just make up a list here to illustrate the problem. In this fake requirement, the following patterns must all be removed if anywhere in the string: “-@@%”, “@@%”, “-@%”, “@%”, “No.X#X”, and “^^^”. Also, “@X” needs to be removed when at the end of the string. In these patterns, @ is a placeholder for a numeric symbol, X for an alphabetic symbol, and # for an alphabetic or numeric symbol. All other symbols are to be taken literally. (So “%” is the percent mark, not the LIKE pattern for any character!).

When looking at the requirements, there were a few solutions that I briefly considered and then rejected.

I realized that I had to think “out of the box” for this one. The final solution I crafted effectively breaks each input string into its individual characters, then uses a WHERE clause to filter out each character that is part of at least one of the given patterns, and then concatenates together all the characters that remain.

Here is the query I used (along with a simple test frame). In the paragraphs below I will walk through and explain the key elements.

I assume that the CTE where the patterns are defined needs no explanation. Note that for matching only the character % I use [%] instead of relying on an escape character. Both options are valid.

For one of my earlier attempts I had to ensure that for potentially overlapping patterns (e.g. @% and @@%, or @% and -@%) the longest pattern comes first. However, my final solution no longer relied on this order so patterns can be specified in any order.

You will notice that I specify a pattern length as well. This is required in the main query. It is probably possible to derive this by parsing the pattern, but that would just add complexity for no gain. It was easy enough for me to count the length of each pattern.

The main query starts by joining the input data to a table of numbers. Each row in the result set represents a single character from the original string. You can easily verify this by replacing t.PartNo in the above fragment with a string constant.

The fragment above is where I test whether the current character of the string is included in any of the specified patterns. I use PATINDEX for that test, which returns either 0 if no match is found, or the starting position otherwise. However, as mentioned before, PATINDEX does not accept a starting position so there is no simple way to find a second occurrence of the same pattern.

To work around that, I use STUFF to remove all characters that precede the first character that we care about for this specific pattern. So for example, to test for pattern “-@@%” at position 9 in the string ‘AB345%6%-44%^^^^No.XXXNo.W8RNo.8R8D’, I remove the first 5 positions so that I search the pattern in the remainder of the string: ‘%6%-44%^^^^No.XXXNo.W8RNo.8R8D’. This will then match the location of “-44%” which was the second occurrence of this pattern in the original string, but is the first occurrence of it after stripping the first 5 characters.

How much to strip?

However, at the start of the string that expression results in negative numbers, and STUFF throws an error if the end position is negative. So I use a CASE expression to ensure that all these negative numbers are replaced by zero. STUFF does not mind starting position 1 and ending position 0, that simply does nothing – which is exactly what I want when testing patterns at the start of the string. When looking for pattern “-@@%” at position 3, I simply want to start searching at the left-most position.

If PATINDEX finds no match at all, then it returns zero. If it does find a match, then it returns the starting position of that match (which is the first in case of multiple matches). So how do we use this to determine whether the position we are now looking at is a match?

Let’s return to the previous example where I look for pattern “-@@%” in position 9 of the input string. We have already removed the first 5 characters, so the original position 9 is now position 4 in the remainder of the string.

Bottom line: the current position is a match if, after removing the irrelevant left-hand part of the string, a match is found starting at a position between 1 and the length of the pattern.

The above method results in false positives at the start of the string. For a pattern of length 4, no left-hand part is stripped when looking at positions 1 through 4; for each of these the PATINDEX is applied to the original string. Now let’s say that a matching pattern starts in position 3. That means PATINDEX returns 3 for each of these 4 positions, but only positions 3 and 4 are actually part of the pattern.

This is the reason why we need the CASE expression above. For positions 5 and beyond, it returns 4 (the pattern length). But for positions 1 to 4, it returns the position itself. Which is correct in this case. Position 2 should be excluded if the pattern is found to start at position 1 or 2, but not at 3 or 4.

Putting it back together

The final step in the logic is to concatenate all the characters that were not removed due to being included in a pattern together, in their original order. That is what the above fragment does. I am not going to say a whole lot about it – this method of string concatenation is fairly well-known.

Do note that, because this “abuses” XML, you can get some weird results if special XML characters are used. For example, spaces, ampersand characters, or less-than signs, etc. If these are in your data, then you can ensure that they are not changed by using the TYPE attribute on the FOR XML clause, which returns the data as XML; you will then also need to CAST the final result of this subquery back to an appropriate string data type.

(I use varchar(50) above because that is the data type of the input, and removing patterns can never increase the length).

There’s a lot of complex stuff going on in this query, and if I would encounter this query in code I inherit without any comments or explanation I would not be happy. But it does get the task done, in a set-based way and with very acceptable performance.

As uncommon as the requirement was to me, there is always a chance that someone else one day has to do something similar. If they do, then I hope that they’ll find this blog post so that they don’t need to spend any further time to find a solution! 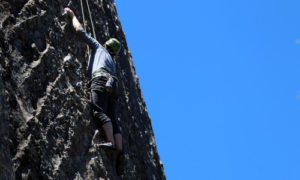