Allow me to interrupt my normal technical posts to share a personal story.

Starting in my early youth and continuing all through my adulthood, people have been telling me that I cannot sing. Classmates, colleagues, random people I met. But also people I trust and love.

For example, my mother loves to talk about when my, my brother, and my sister were still young children and we used to have times when the us three and mum and dad would sit together and sing songs. She loves the memory, and one part of his we sang “polyphonic” – five different voices and none on-key because she is the only one who can keep key but not in that company.

And my wife and I have joked, our entire marriage, that we both can’t sing. Both our children turned out to be great singers, resulting in even more jokes (usually in bad taste, but that’s just how our marriage rolls).

And my children, once they grew older, started participating in those jokes. Who can blame them? They’re just children, following the example their parents set. And once they grew a bit older … well, puberty is a bitch, right?

Now I am sure that my mother, my wife, my children, and all those others never meant their words in a bad way.

I am sure that as a child I did really sing those children songs off-key, and that this amused my mother rather than bother her. I am sure my wife means it just as jokingly as I do when we jib about each other’s lack of singing skills. And I am definitely sure that my singing does sound terrible when compared to my children. And those classmates, coworkers, and random strangers probably just wanted some quiet so they could concentrate.

But all these people, unknowingly and unintended, sent me a message. They didn’t say that I was singing off key, or that I was too loud. They said that I cannot sing. And here’s the thing. When enough people tell you something, you believe it.

So I stopped singing in public, or even around my family. And eventually I even stopped singing when I was alone, in the car, in the shower, or in any other location. And I started to mock myself to others. Saying that a theatre would only hire me to be a better fire alarm: if the building needs to be evacuated fast, put me on stage because people will run faster then when they trip the fire alarm.

As mentioned above, my children are actually excellent singers. My son is trying hard to pursue a professional career in musical theatre, as the ominous “triple threat”. My daughter has chosen a different profession but has been performing in amateur musical plays for most of her life.

Last year both children played together in an amateur production. For reasons that are not relevant here I was present during several rehearsals. And I noticed how much fun this company was. It reminded me of the fun I had acting during my youth, and it awoke an itch that I though was long dead.

So after the final show I asked the director whether she was open to more cast members, and whether she would consider me. I explained that I can’t sing but that I would love to do a role that requires only acting and dancing but no singing. I still remember her reply: “Everyone is welcome, but you will need to go through the same audition process as everyone. And that does include singing. No exceptions”.

I warned her that I would not accept liability for damage to her ears or brain after hearing me sing. And then I started to get nervous. Knowing I can’t sing, I could have chosen to not prepare at all. But I am a perfectionist. Whatever I do, I want to do the best possible job. So I took my singing audition just as serious as anything else. I selected a song. I recorded a karaoke version of it on my MP3 player. And every time I was alone in my car, I would play the song and sing along. To learn the words. To learn the rhythm. And to learn the pitch.

I asked my children to give me feedback, and I kept practicing.

And though I had no idea whether or not I improved, and whether or not the crows would drop dead when hearing me, I did notice one thing: I loved doing this.

My entire adult life, more than 30 years already, I had forbidden myself to sing because others told me I can’t sing. I did not just stop singing in their presence, I stopped singing completely. And I missed out on 30 years of the fun of singing – even if it’s just during my commute.

Then came the time for the audition. I already knew that the entire group, including the director and the vocal coach, are very relaxed. They also did a great job of helping auditionees control their nerves.

We did some group activities, we played a short scene that we had prepared … and then came the time for the singing auditions. I did my song to the best of my capabilities, and then went home. Hoping that I had showed sufficient acting skills to land a nice role, and fully expecting to be kept out of any singing activity.

Boy, was I surprised when the script and the roles were distributed. Not only was I given a much bigger role than I, as a new member of the group, would have expected. No, I was also expected to sing along in the ensemble songs. And I was even given a solo. Admittedly, a short solo. But still a solo.

I am still pretty sure that my audition song must have been terrible. But the vocal coach must have heard potential. She must have realized that she could teach me. (Or perhaps she is just very masochistic and looking for huge challenges?)

Through the year, we worked on all parts of the play, including the songs. I also found some time for a few extra private singing lessons with the vocal coach.

The result? I now feel confident in my singing skills. And while I am aware that I am not good enough of a singer to ever hope to make a career out of it, I no longer feel that I should never sing in company of others. (I’ll still shut up if you ask me to give you some quiet though).

Oh, and tonight I will, for the first time in my life, sing on stage. We open tonight, and then we have three more shows on Saturday evening, Sunday afternoon, and Sunday evening. I will act, dance, sing in ensembles, and sing my solo. And I am pretty confident that I will sing in at least acceptable quality. (Well, except perhaps that one insanely high note in the song where I have been moved from the low voice to the high voice just four weeks ago).

Sometimes people tell you that something is not possible. And usually they have good reason for it. But that does not mean that you can and should never do it.

If something is your dream, then do not let other people’s opinion hold you back. Of course, this does not mean that everything you want to do is possible. No matter how drunk you are, you will never be able to fly off a 20 stock building. No matter how long I train, I will never compete in the Olympics. Sometimes, when people tell you that you can’t do something, it’s wise to listen.

But don’t listen blindly. If you really want something, then wait until you are sober, make an honest assessment of what is and what is not a reasonable target to shoot for … and then just go for it!

Oh, and then there’s the other part of the story. Think about what you tell others. I am sure nobody had the intention of totally discouraging me from singing. But they did. Based on this experience, I am now trying to choose my words to others with more care.

But … can I really sing?

You might now wonder whether I have actually learned to become a good singer … or whether I am just delusional and surrounding by very polite people.

If you happen to be in the neighborhood, then there is an easy way to find out. There still are some tickets available! (The site is in Dutch, but then … so is the show…) 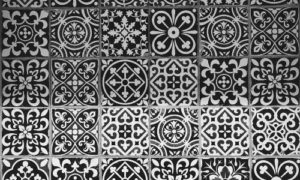 Removing multiple patterns from a string 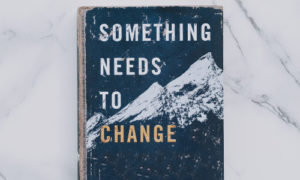