The January 2021 edition of

T-SQL Tuesday is hosted by James McGillivray (b|t). His question is: if you’ve been working too hard, if you’ve been spending too much time in front of a screen, what do you do to wind down?

The answer to that is, for me, three-pronged.

Tier 1: Do other work

I work on a very varied set of activities, and I have a lot of freedom on how I choose to distribute my time: paid customer work, sometimes for multiple customers. Preparing, rehearsing, and delivering live presentations. Research and writing for the Execution Plan Reference. Authoring texts, slides, and demos; recording; editing; and captioning for the Execution Plan Video Training. Blogging. And occasionally answering community questions in various locations.

So when I am worn out on one activity, I frequently just switch to another and that in itself already gives new energy.

Tier 2: Still behind that screen

Obviously, there are also times when I just want to get my mind off of SQL Server. And where many of my peers do that by shutting down the computer and taking up something really different, I don’t. I stay behind that same screen but close SSMS and start a different program.

One thing I often do is play games. I don’t have a huge collection; I have found a few games that I really like and keep coming back to so I don’t need many more. My favourite game for a long time already is Hearthstone, an online collectible card game that has a fairly limited set of relatively simple rules, but due to their interactions still gets pretty strategic and complex at times. Of course, it being a card game, randomness does play a bug role. But I track my results over time (yes, even in my off time I am still a nutter for data) and I know that I have an over average win rate. Which makes me pretty proud of myself.

Last Christmas I have been given two other games on Steam: X-COM Enemy Unknown, and X-COM 2. The first is a remake of the original game (that has the same name, the same basic plot, but is otherwise different in many ways), that I wasted a lot of time on when it was new. It’s fun to dive into this very different game from time to time too. The second is a sequel; the basic gameplay appears to be the same but I must admit that I only played the tutorial mission so far. I’ll leave that for later, first I want to defeat the aliens in the first part.

And when I want to totally relax and just consume, I tend to watch strangers play games on Twitch. I won’t bore you with my list of favourite streamers.

In case you are waiting for me to mention the television … I won’t. I hardly ever watch the television anymore. I do sometimes watch series on streaming services such as Netflix or Amazon Prime, but even that is very rare.

I do, however, make an exception for the Dutch TV program Wie is de Mol?. This is a very well made program, built around a simple yet smart concept: Ten candidates are on a mission where they get to do tasks to earn money. But one of them is “the Mole”, whose task it is to sabotage the missions, without being discovered. Every episode, one candidate is sent out, based on how many questions they got wrong about the identity of the Mole. The winner receives all the money collected during all episodes combined.

Tier 3: Away from the screen

And yes, even I sometimes take some time away from the screen. Although to be honest, the Covid-19 outbreak has severely impacted those occasions.

I blogged about my singing before. I still enjoy that very much, especially combined with acting and dancing. Before Covid-19, I really enjoyed the weekly rehearsals of the amateur musical company I am a part of, and I was looking forward to playing our new show to the audience.

Well, plans change. It’s almost a full year since we had to suspend rehearsals. The date for the show has been postponed a few times, and I highly suspect we’ll have to shift again.

I think after meeting and hugging my children, resuming weekly musical rehearsals and working towards an audience presentation is the number 2 on my list of things I really want to do once it’s safe again.

I do still take singing lessons. My singing coach has taken sufficient precautions that his lessons are allowed within the corona guidelines in the Netherlands, and that I feel safe to go there and practice. That is currently my fixed weekly one hour out of the house.

My other weekly activity, that also got interrupted by Covid-19, was my snooker club.

For the record (and to manage expectation with my English friends), I really suck at the game. But I still enjoy it, and that’s why I play.

Or rather, played. The club has been closed, opened, then closed again in the past year as rules and regulations changed and adapted to the number of new cases. But I didn’t come there, even in the periods where they were open. Because my wife is at high risk should she get infected, I have put my personal safety standards a few notches higher than the government-prescribed minimum. And the measures in place at my snooker club didn’t meet that standard.

But this, too, is an activity I’ll happily resume when we finally have this virus under control.

And then there is the bucket “everything else”. Which includes going to restaurants, going to the theatre, going to a movie theatre, holidays abroad, and of course the travel and off time activities related to my speaking activities. But I guess none of this is special or unique or surprising in any way. Most people enjoy such activities. Most people will return to doing them one day in the, hopefully not too distant, future.

Well, thanks for reading. As you have seen, I really spend most of my time behind a screen. And that is good enough for me. I do have some activities away from the screen, but most of them are currently not available. And while I miss them, it doesn’t drive me nuts that I can’t do them. I still have enough things to do and to keep myself busy and relaxed.

Thanks for the topic, James! 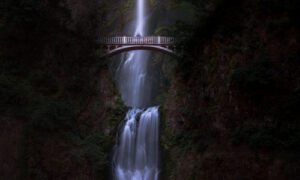 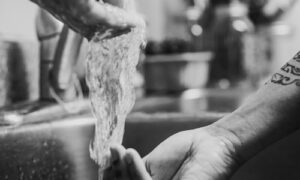