The theme for the August 2020 edition of T-SQL Tuesday brought back memories. Back when my children were in elementary school, the school asked them to bring things to put in a time capsule. I was clueless what that would be, so my children patiently explained that it’s a container they’d fill with “things” and then bury somewhere, for future generations to dig up, open, and then marvel at how life was in our time.

And now, Tamara Clark (b|t) has asked the SQL community to build our own time capsule. She asks us what we want future generations to learn about us, about our time, our lives, and our SQL family.

No things but thoughts

I immediately knew that I would not include any items in this time capsule. I never have been much for material stuff. I value the possessions I use on a daily basis, for their usage value. Other than that, I really don’t care much.

But I do want to put in some thoughts and ideas. While I won’t claim to be a great thinker, I do happen to have been on this planet for more than half a century already. I’ve picked up a thing or two along the way. I won’t call it “wisdom”, that sounds too full of myself, so let’s use the term “experience” instead.

How to run the world

And let’s start at the biggest scale. The world, and our human civilization inhabiting it. I think I’d like to send two thoughts to our future descendants.

First: The power to run a country (or, hopefully some day in the future, a united world), should never be given to those who aspire that power. The only good leaders are those who do not want to be leaders. Those who are chosen or appointed by their peers, don’t want the power (or, rather, the responsibility that comes with that power), but understand that someone needs to do the job and that they are, indeed, the proper choice at the time. The proper leaders are those who accept the responsibility out of necessity, until better candidates comes along.

And second: I think democracy is the best way to run a government. It’s still pretty bad, but all alternatives we have tried so far are much worse. So unless someone came up with a better idea in the meantime, I guess you’re best off using democracy in your time too. Just remember, do not mistake democracy for dictatorship of the majority. The goal of a proper democracy should be to cater to everyone’s needs, including the minorities. And I guess that means that leaders should take even more care of minorities, since majorities can much easier fend for themselves in a democracy.

How to live your life

I do not believe in a divine guiding spirit. I do not believe in any religion. And by extension, I do not believe there is any higher “meaning of life”. We live because we live. We have no goals to accomplish, other than to preserve life, by being a responsible steward of this world, by doing our best to pass to our children and our future generations a world that is at least as good as, and hopefully a bit better, than the world we inherited ourselves.

Other than that, just drink life to the fullest. Have fun, but take responsibility as well. Take care of those who depend on you. And then do the things you like to do, the things that make you happy. But, do all of this without being selfish. If what you want to do would get in the way of what other people want to do: stop, step back, and reconsider. You are not more important than someone else, so you have no right to live your life at the expense of others. And or is someone else more important than you, so neither do they have a right to claim freedoms that would infringe on yours.

So as for how to live one’s life, I guess Wheaton’s Law pretty much sums it up. Or, if you like your memes a bit older, then just be excellent to each other.

I’m not important. Not at all. One day, my life on this planet will be over. A few people, my closest friends, will keep me in their hearts. My stuff on the internet will remain there, for a while, until it is so out of date that someone takes it down. And then I’ll be forgotten.

That’s okay. In a hundred years or more from now, probably even less, there really is no need for anyone to know who Hugo Kornelis was. 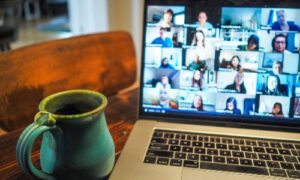 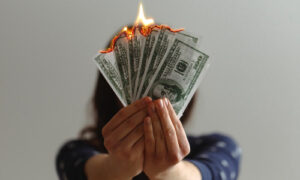