Some execution plan properties get a lot of attention. Others tend to be mostly overlooked. But even those properties can, sometimes, relay interesting information.

The Estimated Operator Cost property is one of those that does get a lot of attention. Perhaps even too much.

When you look at an execution plan in SQL Server Management Studio, or in Azure Data Studio., it conveniently marks each operator with a line such as “Cost: 34%”. And some third party tools, such as SentryOne’s Plan Explorer, even go a step further and color code this cost in red, yellow, or green, so that you can really quickly find the operators with a high cost.

So if your query is slow, you look at the execution plan, and you instantly zoom in on the operators that have high percentages, you are looking at the area where SQL Server expected a lot of work to happen. But a query that is slow is very often caused by misestimates, so it is very much possible that in reality, the slowness is caused by operators that SQL Server expected to cost almost nothing, but that in reality did a lot more work!

But that’s not what today’s blog post is about.

This property does not exist

As mentioned above, when you look at an execution plan and see “Cost: 34%” listed under an operator, you are not seeing a number that is stored somewhere in the execution plan. You are looking at a number that is computed by dividing the Estimated Operator Cost of that operator by the Estimated Subtree Cost of the top left operator (which is the total combined Estimated Operator Cost of all operators).

The Estimated Operator Cost property can (when used with appropriate care, as explained above) be very useful. Which means that even though we don’t directly use it ourselves, the Estimated Subtree Cost of each operator is actually very relevant to us.

But that’s not what today’s blog post is about.

When you think about the entire process of optimizing an execution plan, returning it to the client, and then displaying, this seems rather inefficient.

So the optimizer knows each operator’s individual cost, adds them together, sends the total to the client, and then the client has to do subtraction to find the individual cost again. Weird, huh?

If you dive deeper into how exactly the optimization process work, this does make a bit more sense. The optimizer doesn’t simply try hundreds of plans and compare their estimated cost. It’s a bit more complex, and a bit smarter. For the full details, you should read everything ever written by smart people such as Paul White and Benjamin Nevarez, and then especially focus on explanations about “the memo”.

Simplified to my own level of understanding, let’s just say that for a complex query that joins multiple tables, there are very many possible execution plans. And a relevant subset of them will have a branch where tables A and B are joined. Instead of exploring the possible ways to join A and B for each of the plans in that subset, the optimizer explores the possible ways to just do a join between A and B, finds the best, and uses that in all possible plans that have this join order somewhere. And this obviously means that the subtree of the query that joins A and B is the part explored, and that the optimizer really cares about the cost of that subtree.

And larger subtrees that have a “join A and B” subcomponent somewhere simply use this component as a black box, knowing that the estimated cost of this component (subtree) is the best the optimizer could find.

So with that understanding, I do understand why the Estimated Subtree Cost is such an important property for the optimizer, and why it is stored at all levels – and hence in all operators. This does not explain, though, why there is no Estimated Operator Cost actually stored during the optimization and/or in the final execution plan. I’m not sure there really is much of a reason. I think the optimizer team just didn’t think it was relevant, and then later the tools team DID want to expose it and had to re-compute something that previously, during optimization, had already been computed.

However, this is also not what today’s blog post is about.

The answer is: because that would show incorrect date. The total Estimated Operator Cost of an individual operator is, often, not equal to the sum of Estimated CPU Cost and Estimated I/O Cost.

One reason for this is that Estimated CPU Cost and Estimated I/O Cost are measured per execution of the operator, whereas Estimated Operator Cost is the total of all executions. And yet, multiplying by Estimated Number of Executions is not enough to get the same number of we get by subtracting the subtree costs. And that’s because of scaling. Repeated executions do not necessarily always incur the same cost. Reinitializing for a new execution might cost more, or less, or the same, as a “first” initialization. And this might depend on whether the execution is a rebind or a rewind. A first access to a data page, or to an index page, is estimated (for costing purposes) to be a physical read. Repeated executions in quick succession will be logical reads, and costing takes this into account. Read-ahead processes are probably also taken into account.

And then, there might be other factors beside I/O and CPU that get taken into account when estimated the cost of operators, and using that to determine the Estimated Subtree Cost of a branch of the execution plan. I don’t know whether or not this is the case. But it’s definitely possible and it would not surprise me.

However, the Estimated CPU Cost and the Estimated I/O Cost do get computed, for a single execution, and they do get stored in the execution plan. I must admit, though, that I find them fairly useless. In most cases.

However, once more, this is not the subject of this post.

Cat, get out of that bag!

As stated above, the Estimated CPU Cost and the Estimated I/O Cost are stored in the execution plan, but they are fairly useless. In most cases.

Let’s review a special case where these properties suddenly get more useful.

Typically, when I look at an operator that does I/O, I expected to see values in both the Estimated CPU Cost and the Estimated I/O Cost. An Index Seek locates specific data in an index. The CPU has to do some work, but most of the cost of this operator is the actual I/O. So when I look at an execution plan and I see an Index Seek that has an Estimated CPU Cost of  0.0001787 and an Estimated I/O Cost of 0.003125 (almost 20 times as much), I am not surprise. That’s an expected ratio.

Conversely, operators that don’t do any I/O should of course be estimated to have a zero I/O cost. And that is indeed the case. Operators such as Nested Loops, Assert, or Row Count Spool will always have an Estimated I/O Cost of zero.

And then there are some operators where the Estimated I/O Cost may or may not be zero. A good example is Merge Join. When Merge Join does a one to many join, it performs all its actions in memory. But when the relationship between the data sources to be joined is many to many, then it has to write data to a worktable, and read that data back later, which of course incurs I/O. So in that case, you’ll see a non-zero Estimated I/O Cost. But of course, you can also just look at the Many to Many property to know what relationship the optimizer inferred between the data source, so you don’t need to look at the Estimated I/O Cost for this (though you can still use it to gauge exactly how much more expensive the join is because of that many to many relationship).

But recently I was surprised, when looking at an execution plan, to see a non-zero value for Estimated I/O Cost on a Hash Match operator. This confused me at first. The Hash Match algorithm is supposed to use CPU only. Lots of it. And lots of memory. But no I/O. Or rather, hopefully no I/O. Hash Match will only do I/O if it runs out of memory, and has to spill to tempdb in order to complete its work.

Spilling is bad. SQL Server tries to avoid it. SQL Server tries to request sufficient memory (the “memory grant”) to store all the data it needs to store while processing a Hash Match operator, plus a margin of error. And of course, if the estimated number of rows to process, or more specifically to store in memory, is severely underestimated, then the Hash Match will spill to tempdb and ruin your day.

But this is never planned. Or is it?

Yes, this will spill!

Seeing a non-zero Estimated I/O Cost on a Hash Match means that, during optimization, the optimizer already realized that, based on the estimated amount of rows, the operator will probably need more memory than what it requests in the Memory Grant plan property. So why does it not request more?

Well, perhaps it computed a memory requirement that is more than what you have available on your server. Or more than can be assigned due to a resource governor setting, or other limitation.

And that’s when I realized how useful the Estimated I/O Cost property can be on operators such as Hash Match, or Sort, and perhaps a few more. Operators that only do I/O in bad cases. When they are estimated to do I/O, it means that the optimizer expects this operator to run slow, perhaps even very slow, and it still created this plan because all alternatives are even worse!

And that’s really all the incentive I will ever need to scratch my head, look at the query, and find out where and how exactly I asked SQL Server to do such a hideous task. And then redesign the tables, rewrite the query, and/or change my indexing strategy, so that at least the performance issues are not so bad that the optimizer already knows it’s terrible before it even starts execution. 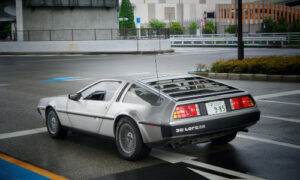 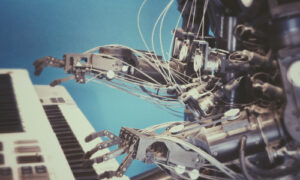