We are approaching the end of 2018. It is December 30 as I start writing this (I’ll probably finish and publish it December 31), traditionally a time to look back at the past year. I often refrain from doing what everybody does because a certain date is on the calendar (my dad would sigh and suggest that I’m still not over puberty, and he’d probably be right). But in this case I’ll make an exception.

For me, 2018 was mainly the year I started building my own website. The site where I publish my blog posts, but more important: the site where I build the SQL Server Execution Plan Reference.

This website officially went live December 14, 2017, so actually already a bit more than 1 full year ago – but close enough to call today a good day to look back. At first, the website was used for my blog posts only. But I was then already working on my bigger project, my main reason to migrate – and exactly 7 months ago, on May 31, 2018, I officially announced and opened the Execution Plan Reference. Small and incomplete back then, but growing ever since.

When I went live with the Execution Plan Reference, I only had nine pages of content: four that describe an operator, four with generic information, and one background page. I had not originally planned to go live with so little content, but a T-SQL Saturday challenge made my change my mind.

As part of that same T-SQL Saturday challenge, I also committed to adding at least one page every month. I added pages on Segment in June, Assert in July, Table Spool and Index Spool in November, and Bitmap in December. I also published a long article on spools in October; this article was the primary reason why I failed to meet my objective of new content in August and September. That’s not a valid excuse – but it is the explanation.

I am currently working on the Adaptive Join page. I don’t expect to be able to finish it in December, but that obviously does mean that I will easily meet my goal of at least one new page per month in January 2019.

I am not happy with the progress of the Execution Plan Reference so far. When I set my goal of at least one new page per month, I was deliberately easy on myself; my unpublished goal was to go much faster. There currently exists over 70 operators. Not all of them warrant a separate page, but adding just one per month feels too slow – I like to get the reference at least fairly close to complete one day, and not in a five-year plan.

Since I migrated my blog to this site, I published a total of 25 new blog posts (this one included). Eight of them were inspired by T-SQL Tuesday writing assignments. Though the distinction is sometimes hard to make, I’d qualify 16 of my blog posts as “technical”.

I didn’t set myself a goal for how often to blog, However, I think that two per month, and at least one technical per month, is okay. Especially my technical posts can get very deep and very long, so it would not be realistic to expect much more than this.

I did not meet my self-imposed goal of participating in all T-SQL Tuesday assignments. Some of the selected topics simply didn’t resonate with me, and I didn’t want to write something I myself would not like to read, just to meet some self-imposed goal.

I also did not meet my self-imposed goal of publishing a Plansplaining post on the first Monday of every month. This did go well at first, until I realized that I really needed to finish my article on spools first so I could then use that as the basis for the 9th episode. That article turned out to take a lot of time and effort to get thoroughly researched and hence I had to delay episode 9.

My worry when I started this site is probably the same that every site owner has: will I get traffic? Producing the content I publish requires a lot of time investment, and my worse fear was that nobody would ever benefit from it. Luckily, it turned out that my fears were unwarranted.

I was truly amazed that I already had 1000 views in the first month, December 2017. Since then, the number started going up slowly for a few months – until I announced the Execution Plan Reference. Traffic went over the roof for a few days, with an amazing 1649 views on one single day as the top day so far. June 2018 came close to a total of 6000 views. After that traffic normalized, but now well above 2000 per month – and, even more important, the numbers just kept on growing. I broke through the 4000 views in November, and despite the expected lower traffic because of Christmas, December is already ahead of November with still one more day to go!

I must say that I am both humbled and grateful when I see these numbers. Thank you to all those who visited this site. Thank you to those who subscribed, or who bookmarked the site, or who use the RSS feed to know when I add or update content. Thanks to those who helped spread the word, by sharing a link or otherwise alerting potentially interested people to find my site.

When I started this site, I had absolutely no idea what to expect. I never really looked at traffic when I still blogged at sqlblog.com. So I obviously had not set any targets for myself, other than “oh I hope people will find my site and like it”.

But you, all you collective readers of this site, have proven that it is possible to exceed expectation even when you have no expectations! Again: THANKS!

About mid 2017, I realized that I’d have to cut down on, and later fully stop, my public speaking. This was for personal reasons, and though the choice was hard, it was not difficult.

But fortunately, during 2018 it became apparent that my personal situation would allow me to return to attending conferences. I started submitting to lots of events scheduled for the second half of the year, expecting to be turned down by many. And then I got accepted by so many that I had to quickly remove my submissions for a whole bunch, to avoid having entire months without ever being home in the weekend.

I really had a lot of fun going to and speaking at so many events. I am happy that organizers still have the confidence to select me, that the audience still chooses to sit in my sessions, and that I have so many fantastic interactions with attendants, organizers, and other speakers at those events. Although it’s always great to return home after being away for a long time, it never takes long before I start to feel that itch again, and start looking forward to the next conference.

Conferences seem to always come in waves. Apparently some periods in the year are more popular than others. Fall is always peak season, winter and summer are low season. But I nevertheless already have a few speaking slots confirmed for the near future. Both SQL Konferenz and DataGrillen are already fully confirmed and public, at least two others are already confirmed but not yet public, and some more are in the pipeline.

As I was writing this overview, I realized that I had not set myself many specific targets. That has a very obvious benefit: without targets, I will never fail my targets. But I know that once I do set targets, especially when I share them in public, I can use them to motivate myself.

So for 2019, I will now set myself some targets, and share them here.

For me, 2018 was a good year for my SQL Server community activities. Setting up my own website and moving my blog has worked out well. The Execution Plan Reference was well-received in the community. Returning to public speaking was really fun. And though not mentioned above, completing the technical review work on Grant Fritchey’s “SQL Server Execution Plans, 3rd Edition” and finally seeing the final version completed was extremely rewarding.

For 2019, I have set myself targets on the ongoing community work I do, and I have published them here. Hopefully, that will help keep me from slacking!

I wish everyone reading this an excellent (but safe!) New Year’s Eve celebration, and a fantastic 2019! 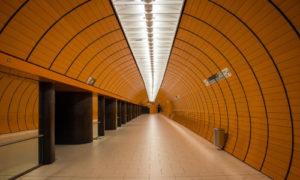 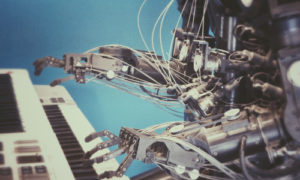