3 years ago
Hugo Kornelis
No Comments

Over the past weeks, I have published several posts about Actual Number of Rows, Estimated Number of Rows, how they are reflected in the arrow width in the graphical execution plan, and several scenarios where this can be wrong or misleading. And now, after telling you in my previous post that this was the last in this series, I am back with yet another one.

I discovered this only very recently. It was not planned for the series, because I was not aware of it. Until I ran into it while preparing a demo, got fooled by it, investigated it, and (with a little help of the ever amazing Paul White) found an explanation. And then I realized that I really need to write one more blog to cover this situation as well.

Back to the missing nodes

I already described, in a previous post, how sometimes the optimizer can create an execution plan that uses a Filter operator to evaluate a specific predicate, but then a post-optimization rewrite finds a way to push that predicate down into another operator, as a Predicate property, and then removes the Filter operator. When this happens with a bitmap filter, the Estimated Number of Rows is not adjusted, which can be quite confusing.

But for the issue in this post, the root cause was the same, but the error surfaces completely differently.

A Lookup with a predicate

In SQL Server 2005, both the Key Lookup and the RID Lookup operator did not support the Predicate property. That changed in SQL Server 2008. However, Microsoft chose not to add extra logic within the optimizer to teach it to use this new option; instead they chose to use a post-optimization rewrite for this.

Let’s look at this in more detail with this sample query:

The DatabaseLog table has no clustered index, so it is a heap. It does have a nonclustered index on the DatabaseLogID column, and no other indexes. So for this query, the optimizer has limited options. It can use an Index Seek operator to find all rows with DatabaseLogID <= 100, fetch the additional columns with a RID Lookup, then use a Filter operator to retain only the rows with Event = ‘ALTER_TABLE’. Or it can use a Table Scan operator, with both filters pushed down in its Predicate property, to return only the required rows (at the price of reading all of them). For a higher cut-off point in the DatabaseLogID filter, it would use that second option. But for the query as shown, the Index Seek + RID Lookup is estimated to be cheaper. So this is the execution plan that is produced for this query:

On SQL Server 2005, that would have been the final version of the execution plan. But on SQL Server 2008 and higher, the post-optimization rewrite recognizes that the Predicate property of the Filter operator can be pushed into the RID Lookup operator. So it adds a Predicate property to the RID Lookup, and then removes the now useless Filter operator.

And note that, even though the example here uses a heap and a RID Lookup, the exact same issue could happen with a clustered index and a Key Lookup operator.

There’s also some good news. When I talked about this specific issue with a Microsoft employee, they told me that they have “a planned fix for vNext and for Azure SQL Database under the new database compatibility level once in preview”. They gave no specifics, so I do not know whether that fix will only change the Estimated Number of Rows for the lookup operator itself, or also that of the associated Nested Loops operator.

I personally do hope, once the fix is live, that Microsoft will then also backport it to older versions. After all, it’s easy to see how the current data, especially after the SSMS 18.5 improvements, can be extremely confusing and misleading. 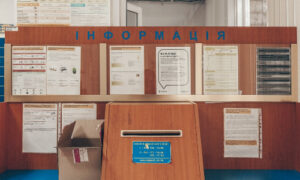